On June 8, World Oceans Day is celebrated, and it aims to remember the importance of the oceans in the lives of all the inhabitants of the planet earth. The oceans are the lungs of the planet.

Oceans Day is celebrated in many countries, especially after the Conference on Environment and Development, promoted by the UN and which took place in Rio de Janeiro in 1992.

World Oceans Day was proclaimed through Resolution 63/111 adopted at the United Nations General Assembly on December 5, 2008. 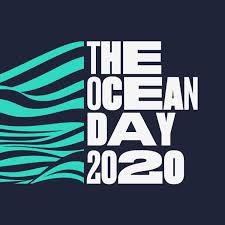 The theme of World Oceans Day in the year 2020 is: “Innovation for a Sustainable Ocean”.

On June 8, 2020, there will be an event for the global celebration of Ocean Day and a major debate on the theme “Innovation for a Sustainable Ocean”, at the United Nations headquarters in New York.

The importance of the oceans

More than 4 billion years ago, life began in the oceans. From the smallest single-celled organism to the formation of the giant blue whale, the oceans have witnessed the evolution of life, the Earth and humanity. Today, they are the largest ecosystem on the planet, home to millions of species and sustenance for more than 3 billion people.

The oceans cover 71% of the Earth’s surface and it is its vastness that gives meaning to the expression “Blue Planet”.

Today we know that the ocean has a direct impact on all aspects of the planet’s climate regulation. It is on its surface that phytoplankton develops, a set of microscopic microorganisms responsible for absorbing 25% of all the carbon dioxide that we emit and producing half of the oxygen we breathe. It is in its immensity that 90% of the heat released by greenhouse gas emissions is stored and it is in its more than 1 billion km3 of salt water that the outcome of the battle against climate change resides.

The benefits of the oceans for our lives are evident. UN Food and Agriculture Organization (FAO) estimates that fishing and aquaculture together ensure the livelihoods of 10 to 12% of the world population, and that almost 200 million people depend on coral reefs to protect them of storms and waves.

The degradation of the ocean has far-reaching implications for humanity and biodiversity on Earth. Scientists predict that half of marine species could be at risk of extinction by 2100.

Humanity has been negatively impacting the oceans through three main fronts: as a result of global warming, through ocean pollution and overfishing.

As a result of global warming, we have already irreversibly lost 20% of all coral reefs and mangroves.

According to the Living Planet Report 2018 published by WWF, if current trends continue, up to 90% of the world’s coral reefs could disappear by the middle of the century, damaging local economies and exposing thousands of people to extreme weather events. The implications of these changes for the planet and all of humanity are vast and incalculable.

This increase in temperature triggers a domino effect with effects at the coastal level. The heating of the waters causes a greater expansion of its constituent molecules, which in turn instigates a rise in the average level of the sea water. Since 1993, the average water level has risen at a rate twice as fast as long-term trends, helped also by the melting of the polar and glacial ice caps.

The rise in ocean temperatures also has chemical implications. The absorption of increasing amounts of carbon dioxide decreases the pH of the water, increasing its acidity. Today, the acidity of the oceans is 26% higher than in the pre-industrial era. This acidification is responsible for the reduction of calcium carbonate concentrations in the oceans, which makes the development of skeletons and shells of species dependent on this mineral, such as oysters, clams and corals, more difficult.

Even if we stop emitting carbon dioxide today, the CO2 already in the atmosphere would take decades to disappear.

According to data from the United Nations, eight million tons of plastic end up in the oceans each year. 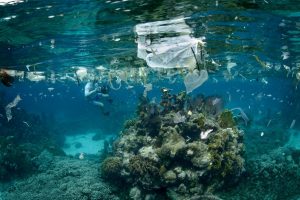 It is estimated that 90% of all seabirds are already contaminated with microplastics.

According to a study published by the Marine Pollution Bulletin, in May 2019, the damage caused by plastic pollution exceeded $ 2.5 trillion, higher than the GDP of many countries.

Fishing is occurring at a rate higher than the species’ natural reproduction capacity. According to official data, about 80% of fishing resources are overfished.

This unbridled fishing results in a declining population of species, including seabirds, turtles, dolphins and whales, in addition to threatening the food security of millions of people.

The United Nations has an agenda called Agenda 2030, where UN Member States have committed to ending overfishing and illegal fishing, as well as strengthening scientific cooperation at all levels to reach healthier and more productive oceans.

What can we do about this situation?

Saving the oceans is in the hands of all of us. The time to join forces to reverse this degradation curve is now. At the local level, it is possible to adopt choices in our daily lives that have a positive impact on the preservation of the oceans.

We can:
• make the population aware of the importance of the oceans and the environment
• influence to change environmental legislation
• develop environmental education projects in schools, companies and government agencies
• develop more sustainable lifestyles
• create a wave of support for our oceans and change the trajectory of degradation
• consume food derived from sustainable sources of exploitation
• buy only certified and non-polluting products
• participate in actions to clean beaches and coastal areas
• minimise the use of plastic. Develop a huge global effort to end plastic pollution, focusing on major industries and large cities. 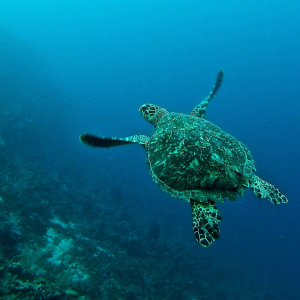 With effort and dedication, we can save our oceans!

THE PROBLEM OF PLASTICS IN THE ENVIRONMENT
Next Post

THE PROBLEM OF PLASTICS IN THE ENVIRONMENT 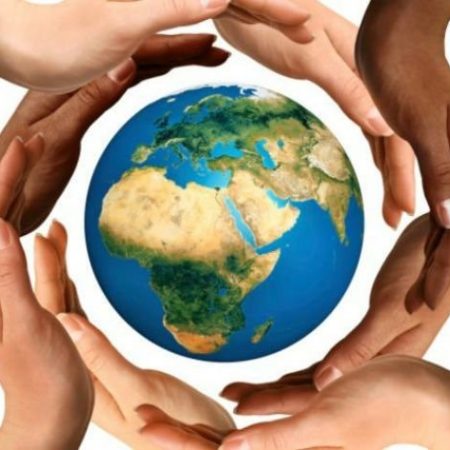 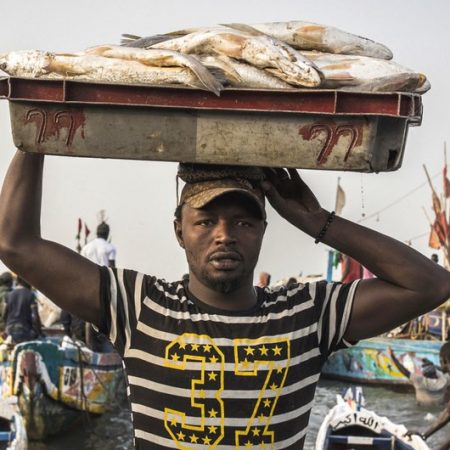